Somedays back before writing this post I met one of my old friends. We were college mates and we had got along really well during the college days. Those were the times when we sat together and mimicked teachers ( I hope they don’t read this ) shared coffee, talked for hours even after college. And the day we met, we said a HI so formally. It was weird. Anyways, after talking for some time there were some discussions about the recent corona outbreak and everyone knows the communal corona (this is something I prefer calling) that had spread a few days ago. Things were beyond just a virus. Religions got involved and so much hatred was spread. Not-so-surprisingly we had a small discordance with respect to this and it was a not so pleasant end of the day.

This is not happening only with me. I did a thorough survey after the incident. And the results were really disturbing.

People are fighting and arguing for no reason and about a topic that has no relevance to what is actually happening. More than everything else, what disappoints me is the fact that there are clashes between friends and family because of this. So what actually is the reason? This was not the situation before some years right ?? then why now? How do you deal with it? these were some of the questions that popped up my mind.

NEGATIVITY!!! The problem is extreme negativity. So, from where is this negativity spread from??

Have you ever watched a horror movie and got scared? Have you ever watched some emotional movie and cried? Yes, all of us would have done that. Because visual data is something that gets into our mind 80% better than other mediums. We have news channels increasing their TRP’s and decreasing our BUC’S (brain using capability 😀 ) Shouting and screaming some random stuff. People watch it, believe it, and react to it. Have you seen our reality shows? What agenda do they have in their minds?? Does fighting and shouting one’s head off can make you popular? Yes, it might help those are doing it but what impact does it throw on someone watching it? The kids, youngsters everyone watch it. There is so much negativity.

And how do we forget our comment section on social media? Every person is giving his opinion. Everybody on Facebook knows how to run a country, what policies should be used, what measures should be taken etc etc.,( why don’t we appoint them as ministers, :P)

Well, giving their opinion is not wrong but I see So many hateful comments, political conflicts, religious battles and whatnot, which finally turn into big conflicts and probably, had it not been on social media people would simply kill each other.

So how do you come out of all this? The solution can be way simpler than you might think. No matter what you watch, no matter what your views on a particular topic are, just respect each others’ opinions. You might want to support CAA and your friend is against it, let it be. Don’t force your point of view on someone. India’s strength is its unity. Stay united because you and your friend fighting against a particular government, sitting at a coffee shop will not change the government in reality. So what is the use if you leave the coffee shop fighting. Our people (especially the younger generation) need to understand this. Don’t let the print media visual media or social media burn your nation. Stop consuming toxic content.

So people, when you experience stuff like this, make sure you do not let negativity take the nation by storm. if you have similar or different opinion do share in the comment section below 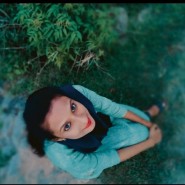 Shayesta Farheen is 29 year old M.Tech graduate. Degrees have never excited her but she is fond of experiencing new things in life. She has an ardent passion to motivate the lost, to help people dealing with various problems. She is an enthusiast with a different perspective of life and is specialized in facing every difficulty in life and overcoming it with positivity.

How to Discover and follow your Passion in life